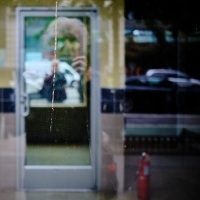 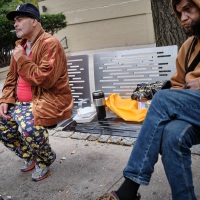 Last New York photo from my father’s collection of Kodachrome slides (story in this earlier post). This one was a real treat for me and turns out not to have been taken by my father at all and not even to have been taken in the 1950s but in the mid-1940s and not to have been taken in NYC but in Carmel, New York where my maternal grandparents had a house. It is a picture of my grandparents when still way younger than I ever knew them, in front of the house, with their friend (or cousin?) Tilly (on the left) and her dog, Mr. Chips. Above them on the porch, my mother salutes the unknown photographer (Tilly’s husband?) beside the flag. There were a few versions of this and the slides were unbelievably schmutzig, requiring so much retouching that it slowed down my computer.

2 thoughts on “All American”