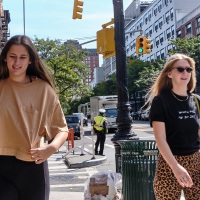 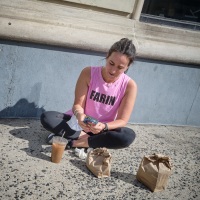 
We went for a tramp in Central Park’s Ramble last weekend (he got away – badum-tsss).

There’s a lot of hullabaloo about the barred owls that have appeared in Central Park lately. It’s apparently pretty rare for the city to host an owl and with two people are going crazy with the need to personally see and photograph them. I managed to snap a couple shots of each that are not terribly well done (using a long lens, nearby, out-of-focus foliage obscures the birds somewhat and they refuse to look in the portraitist’s direction.

3 thoughts on “Athena in Gotham”