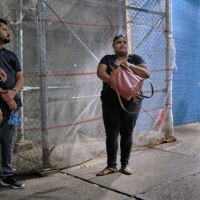 Still shambling around with the 60mm Fuji Fujinon and the Litra cube. 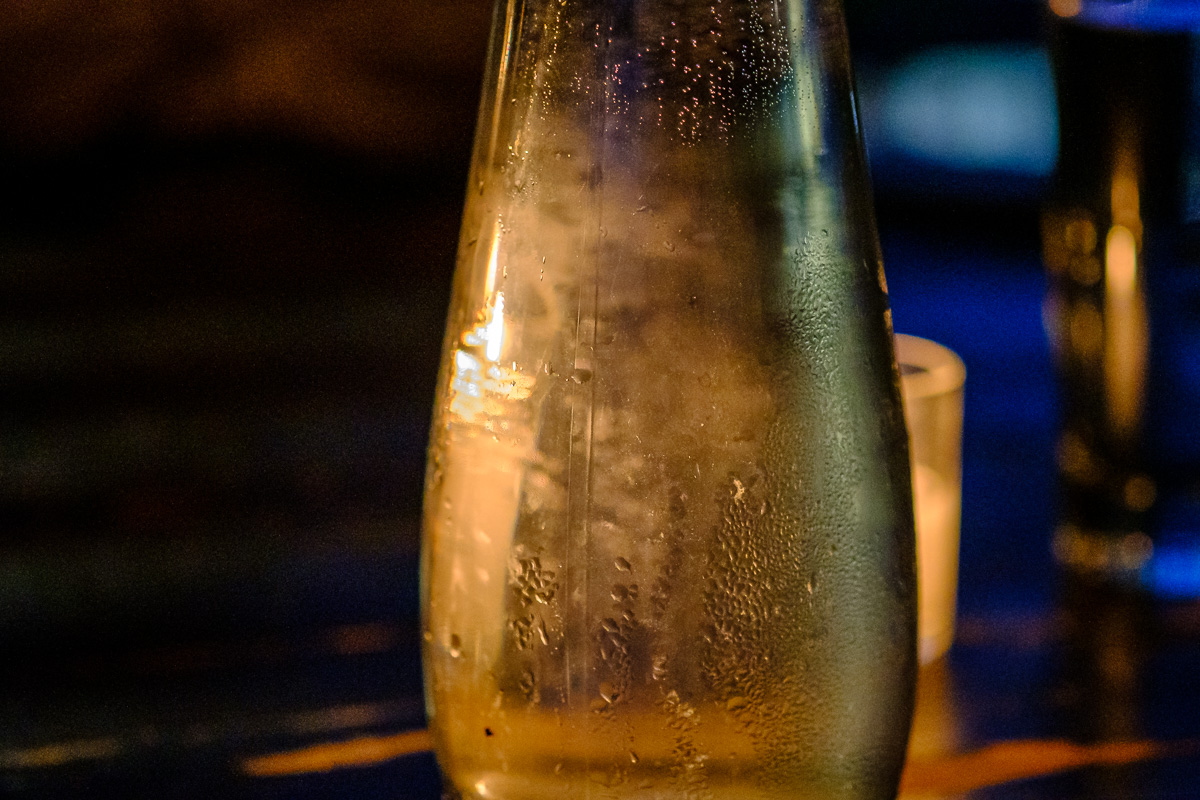 For the oenophile who can’t wait to get home for a glass. Perhaps Rothchild’s father?

Tony Feher exhibit at the Bronx Museum of Art. If you’re wondering, I’ll let the text from the press release, below, stand for itself. 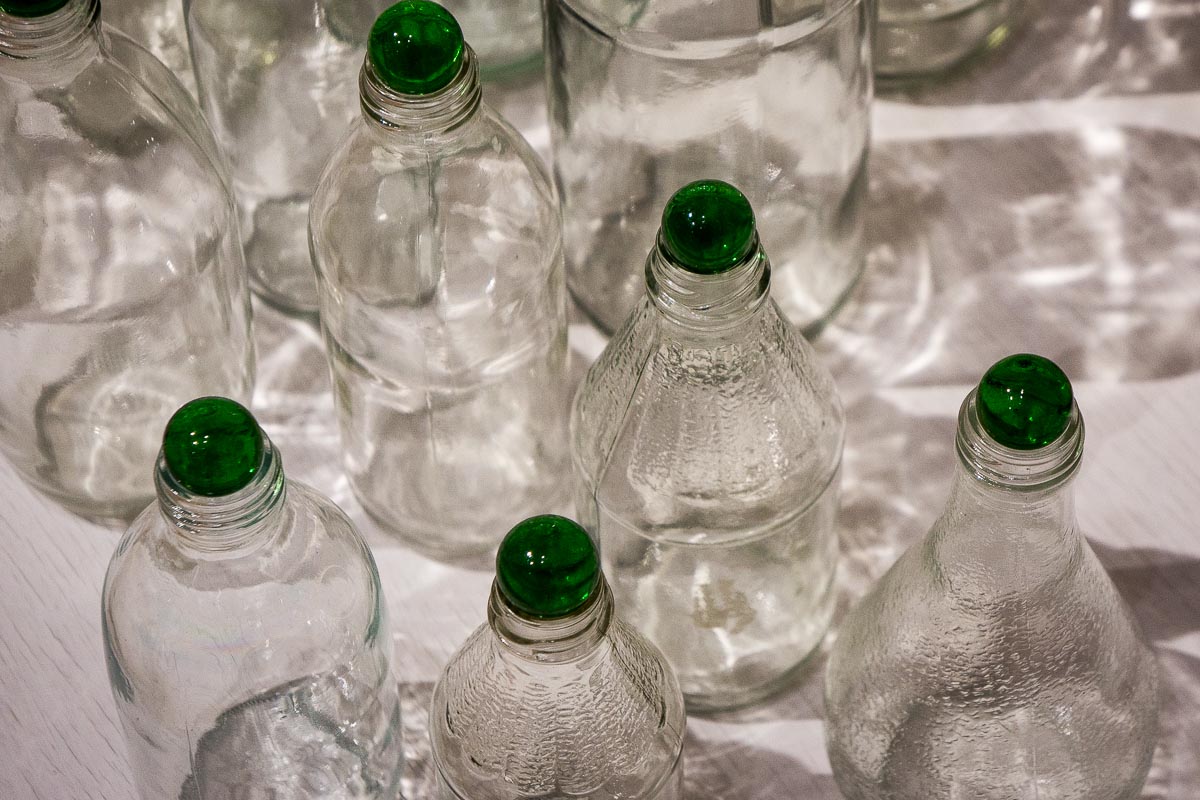 Over three decades, Feher’s distinctive material vocabulary has included marbles (collected in glass jars or spread across the floor to give audiences a birds-eye perspective reminiscent of Feher’s own as he walks down city streets looking for materials); soda crates (transformed from unwieldy containers destined for landfills into large-scale geometric sculptures); and plastic bottles (often lined up and filled with brightly colored liquids that form a wave-like line between the bottles). Feher seeks to accentuate the distinct but often overlooked characteristics of these “everyday” objects, revealing the urban landscape in which they were used and discarded and enabling viewers to see them—and the experiences that happen around them — anew.
Colorful and playful, Feher’s work is also imbued with deep questions about the transience of objects, experience, and life itself, the result of coming of age in a time and place dominated by the overwhelming sense of endangerment brought on by the AIDS epidemic. Feher addresses this crisis in his work through a humanistic lens, bringing permanence and beauty to objects that would otherwise be discarded.
“Tony Feher brings joy to objects we often overlook and simultaneously reminds us to think critically about the fleeting nature of life itself,” said Holly Block, director of The Bronx Museum. “The objects he reframes are ones that were found here in New York City, so our audiences will be intimately familiar with seeing them in one context, and, I expect, happily surprised to see them in another. In this way, the encouragement he offers to reexamine objects and life will be particularly salient here and makes The Bronx Museum a perfect place to reflect on 25 years of his career.”